Accomplice is a seed-led venture capital firm that embraces risk. They have pioneered a community approach through platforms like Spearhead, BOSS, Rev, and TUGG.

Accomplice is a seed-led venture capital firm that embraces risk, and is the most determined, patient capital partner for entrepreneurs building things that matter. We have been part of the origin story of AngelList, Carbon Black, DraftKings, Integral Ad Science, Hopper, PillPack, Plastiq, Recorded Future, SecurityScorecard, Skillz, Veracode, WHOOP, and Zoopla. Accomplice has pioneered a community approach through platforms like Spearhead, BOSS, Rev, and TUGG. Based in Boston. Jeff Fagnan is a founder of Accomplice and is well known as a founding investor, working with most of his portfolio since inception. Jeff sits on the board AngelList, CoinList, Datacamp, Freshbooks, Hopper, InsightSquared, Integral Ad Science, Orchard, Recorded Future, Teachable, Threat Stack, Vesper, ZOE, and is actively involved with WHOOP as a founding investor. He is also a founding investor of Skillz (NYSE: SKLZ), Patreon, and SecurityScorecard. His exited portfolio includes Carbon Black (IPO and subsequent sale to VMWare), Veracode (where he was a co-founder, sold to CA Technologies), dataxu (sold to ROKU), Earnest (sold to Navient), Edgewise (sold to Zscaler), PillPack (sold to AMZN), and Willing (sold to MetLife).

He is the founder of Spearhead, a program that provides funding and mentorship for new angel investors; Maiden Lane, the first investment vehicle built on top of AngelList; Boston Syndicates (BOSS), a federated movement to create stronger angel substrate in New England; and TUGG (Technology Underwriting Greater Good), a nonprofit foundation harnessing the power of the tech ecosystem to catalyze social innovation in New England. He has received the National Venture Capital Association annual American Spirit Award and the Boston Business Journal's CEO Social Leadership Award. Sarah A. Downey is an Operating Partner at Accomplice focused on frontier tech. Sarah co-founded Rev Boston, an award and event honoring 20 of the top female VPs and directors in Boston tech. Previously, she was Director of Marketing at Ovia Health and Manager of Content and Communications at Abine. Sarah received her JD from the University of Connecticut School of Law and a BA in psychology from Hamilton College. Sarah has been published in over 250 publications, including The Wall Street Journal and Forbes. She is a video gamer, weight lifter, and scifi fan. She is a board member of InnerCity Weightlifting, a TUGG portfolio non-profit, and an active angel investor, with 30+ investments. Sam is a Partner at Accomplice where he focuses on B2B software and marketplace investments. Prior to Accomplice he was co-founder & Chief Product Officer of Boston-based business analytics company InsightSquared. He was also VP Product at HubSpot (NYSE: HUBS), VP Product at BzzAgent (acquired by Tesco), and the initial product lead at Elance.com (Nasdaq: UPWK). Sam has an MBA from Harvard Business School and a BS in applied math from Yale. He serves as an advisory Entrepreneur-In-Residence at HBS and in 2019 will be a professor on the faculty teaching the early-stage startup course Launching Tech Ventures. He enjoys diving shipwrecks in the New England area. Prior to joining Accomplice, TJ was an original member of Compete, founding both its wireless practice and Compete.com, the largest open competitive analytics service prior to its acquisition by WPP/Kantar Media. TJ went on to found FlipKey, one of the big three vacation rental marketplaces, later acquired by TripAdvisor. At Accomplice, TJ is focused on commerce tech, marketplaces, human capital, and remote enablement. TJ has led portfolio investments in Klaviyo, Postscript, Lovepop, Nacelle, User Interviews, Fetcher, and Ripplematch. He received a BA in economics from Macalester College.

Ryan is a co-founder of Accomplice and the founding investor in DraftKings (DKNG), Plastiq, and Unsplash, as well as Button, ChefHero, Confirm (sold to Facebook), clypd (sold to AT&T), Ezra, HQO, Lyte, MotoRefi, Rocketmiles (sold to Priceline), Transit, and TVInsights. He led Accomplice's investment in Skilz (NYSE: SKLZ), serves on the boards of Secret Escapes, Workhuman, Currencycloud, and MOO, and is actively involved with WHOOP. Ryan got his start in venture at the SoftBank family. Later, he was a founding investment team member of Grandbanks Capital before joining Atlas Venture's tech team. Ryan received an AB in economics from Princeton University, where he was an All-Ivy linebacker on the football team and served in the ROTC.

Please reach out through warm intros or personalized notes Frank is Partner and General Counsel and responsible for all legal affairs of Accomplice including the structure, negotiation, and execution of all investments, fund administration, and general corporate matters. Prior to joining Atlas Venture in 2004, Frank was an associate at Testa, Hurwitz & Thibeault LLP where he practiced general corporate law and advised both private and public companies in the high technology and life sciences industries, as well as venture capital firms in all areas of partnership, corporate, and general securities law. Frank received a JD from Boston College Law School and a BA in economics and history from Bowdoin College. He is a member of the Massachusetts Bar Association and an active participant in the NVCA’s General Counsel Group. Travis is Partner and Chief Financial Officer and is responsible for all finance, operations, and administrative functions of Accomplice. Prior to joining Accomplice in 2016, Travis was Vice President of Finance at Berkshire Partners where he was responsible for the accounting, reporting and compliance of both Berkshire private equity funds and Stockbridge public market funds.  Travis has also worked at Gödel Capital, Alta Equity Partners (fka Alta Communications), and BV Investment Partners (fka Boston Ventures). He began his professional career with PricewaterhouseCoopers where he spent five years in the Investment Management audit practice. Travis received an MBA Boston University and a BA in accounting from Michigan State University.  He is a CPA licensed in Massachusetts.

Ash Egan is a Partner at Accomplice focusing on early stage blockchain and crypto investments. Previously, he was a founding Principal on the venture team at ConsenSys and began his career in venture at Converge VC. Ash has been investing in blockchain/crypto companies since 2015, leading investments in BlockFi, Chainalysis, Enigma, RocketPool, and Quantstamp. Ash was selected as Forbes 30 Under 30 in 2020 for Venture Capital, is a World Economic Forum Global Shaper and serves as an advisor at Harvard Ventures. Ash has been published in TechCrunch, Coindesk, and the Boston Globe. He received his AB in American Politics from Princeton University where he captained the Men's Varsity Squash team and played on the National Champion Team in 2012. 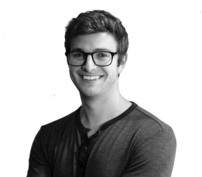